What are they & when are they in order?

In Part 1, we discussed how "points of information" are sometimes abused to allow members to speak more often than they are allowed or out of turn. This time we will focus on the dreaded "Point of Personal Privilege".

Let's start with what a "Point of Personal Privilege" is not: it is not a way for an officer or other distinguished member or guest to speak when others would not be. I personally have seen this motion abused even at state committee meetings, so it is understandable when others see this occur and believe, erroneously, that they are entitled to the same "privilege".

The information in Robert's Rules concerning this motion is contained in Section 19 - Raise a Question of Privilege. Already we can see that this, like the "point of information" is not a "point" but a "request". Here's what Robert's Rules has to say:

"To Raise a Question of Privilege is a device that permits a request or main motion relating to the rights and privileges of the assembly or any of its members to be brought up for possible immediate consideration because of its urgency, while business is pending and the request or motion would otherwise be out of order. (For types and examples of questions of privilege,* see pp. 227–30.)

"Questions of privilege are of two types: (1) those relating to the privileges of the assembly as a whole; and (2) questions of personal privilege. If the two come into competition, the former take precedence over the latter. Questions of the privileges of the assembly may relate to its organization or existence; to the comfort of its members with respect to heating, ventilation, lighting, and noise or other disturbance; to the conduct of its officers and employees, or of visitors; to the punishment of its members; or to the accuracy of published reports of its proceedings; etc. A motion to go into executive session (9) is a question of the privileges of the assembly. Questions of personal privilege—which seldom arise in ordinary societies and even more rarely justify interruption of pending business—may relate, for example, to an incorrect record of a member's participation in a meeting contained in minutes approved in his absence, or to charges circulated against a member's character." - RONR p. 227

So more simply put, this motion is mainly used to make sure members are comfortable, able to participate without distraction or disability, have an accurate record of their actions, and privacy when it is necessary. That's it. Anything beyond those categories falls outside the scope of this motion/request and is therefore out of order.

So how do we as chair's reign in the abuse of this particular motion? The first step is making sure we acknowledge the long history of its abuse and that it is completely understandable that members are confused by it and misuse it. Rarely is it used improperly simply because the member wants to break rules. The second step is to explain what it really is and feel free to write down the paragraph above and keep it handy. The third is to ascertain what the member is ACTUALLY trying to do, determine if they have the right to do so, and help them do so in the proper and fair way.

Are they attempting to speak in debate? Then direct them to wait for their turn like every other member. If they have exhausted their rights to debate, they should gain the permission of the body instead of asserting some "privilege" to bypass them.

This enforces equality and fairness. Never should an officer be held as anything more than a servant of the body and beyond the specific duties/rights granted their office, an officer should be treated the same as everyone else.

If you as chair have some information that your position makes you privy to and it is necessary for the proper decision to be made in debate, do the right thing. Temporarily step down as chair and hand the gavel over to your vice chair, speak in debate, and then once the vote is over, step back into the chair. This will show that you expect to be held to the same standards as everyone else and would never want to even appear as if your rulings were biased by your position. 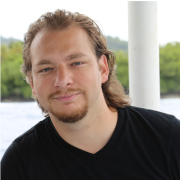 Micah Rowland is the former Chair of the Washington State Democratic Chairs Organization, Chair of the 21st Legislative District Democrats, and Vice Chair of the Snohomish County Democrats. He is a member of the National Association of Parliamentarians where he has attended training events at both the 2016 NTC and the 2017 Leadership Conference & Biennial Convention.